I’ve been trying to get more sun lately.

I think I probably get enough vitamin D, in the sense that I’m not technically deficient, but months spent indoors have given me the preternatural paleness of a consumptive Victorian heroine. On some people, this look works. My skin has naturally beige/green undertones, so I just look like I’m half iguana.

This past weekend promised to be sunny and warmish, so my S.O. and I packed up and went for a drive. Saturday was Lake Accotink, where we walked along the edge of the water, enjoyed the light for a bit, did some people-watching, then took a detour on the way home for cheeseburgers.

(By the bye, Big Buns Damn Good Burgers lives up to the name. If you get the veggie burger, though, get it as a burger bowl. It’s very good, but very soft and probably too skooshy to hold in a bun without it falling apart.)

Even though the trees were leafless and the sand was chilly, the sun was warm and the breeze was gentle.

The next day, we decided to drive to the Arboretum. Most of the trees were still leafless, twisted branches scrabbling at the sky, laden with the remains of last year’s bird’s nests. Still, it seems like every time we go, we find something neat that we didn’t spot before — first the dogwood trees, then the path through the conifer specimens. This time, it was this beautiful Prunus mume, branches half-covered in fragrant, pink blooms, humming with honeybees.

We wandered around until we found a bonsai museum and an herb garden — closed and bare, respectively, but the area was still beautiful enough. We found an arbor to sit under, which had this really cool-looking (albeit one I couldn’t identify) vine braided along one side.

With the sun slanting through the trees, backlighting the few leaves and flowers daring enough to open up this early, it was nice. Relaxing. 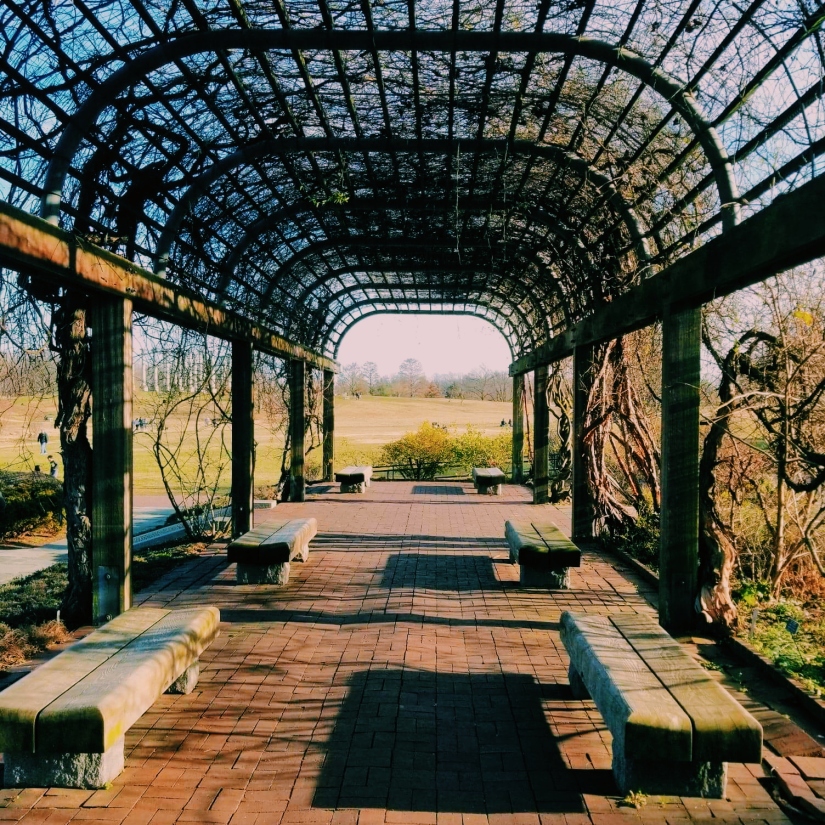 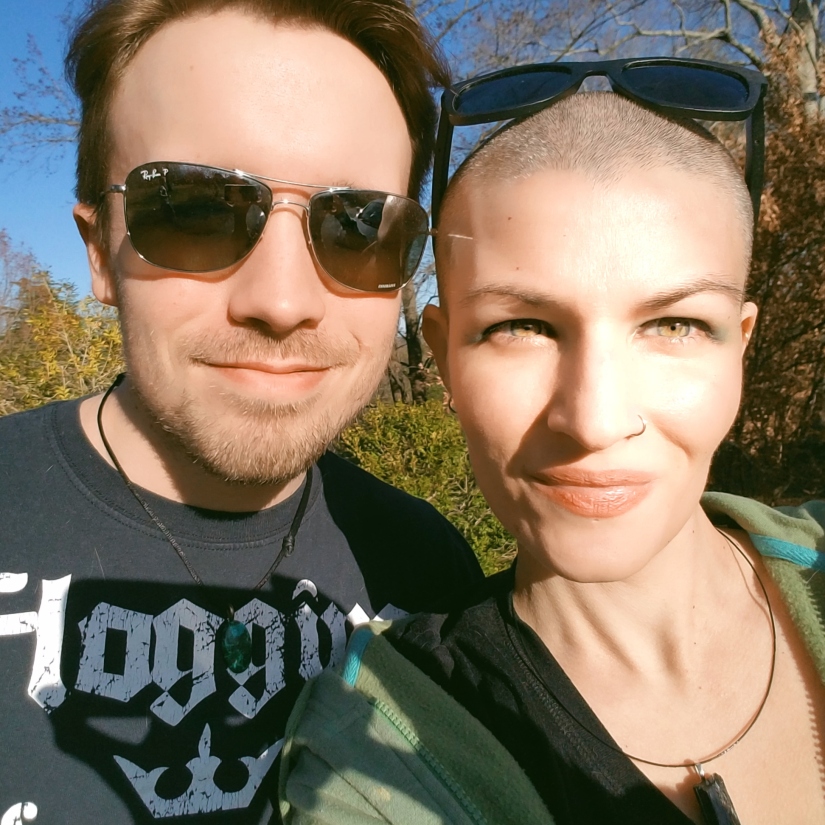 … Though maybe I should’ve waited for it to warm up a little before I buzzed my hair again. Whoops.

As we drove through the park, I heard my S.O. huff softly.

I turned my head and squinted in the light. 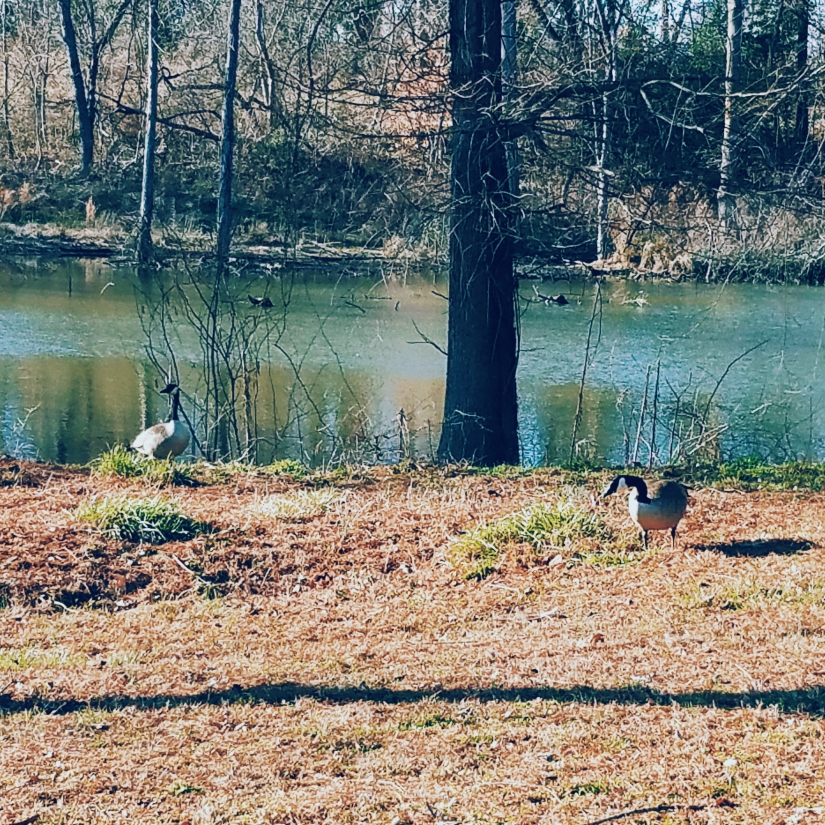 … I mean, he’s not wrong. I do not like the cobra chickens.

There are a lot of spots in the Arboretum that come alive with color in the warmer months. Bright splashes of orange, pink, and purple nestled into tufts and spikes of foliage, rosemallows the size of dinner plates, the works. There weren’t as many this time of year, but still plenty of color if you didn’t mind hunting for it.

… And also looking very strange while laying on your stomach in order to get close enough for a picture.

There were some very pretty crocuses, too, but they were a bit too far off the path for a picture (I’m not about to go trampling sensitive terrain for a pic or two, but, unfortunately, my zoom isn’t quite good enough for a clear shot). Next weekend’s probably going to be too cloudy and cold for more adventures like this, but that’s okay. I’ve got some other plans. Secret ones.

This week’s tarot card’ll be up tomorrow. Have a good Monday! 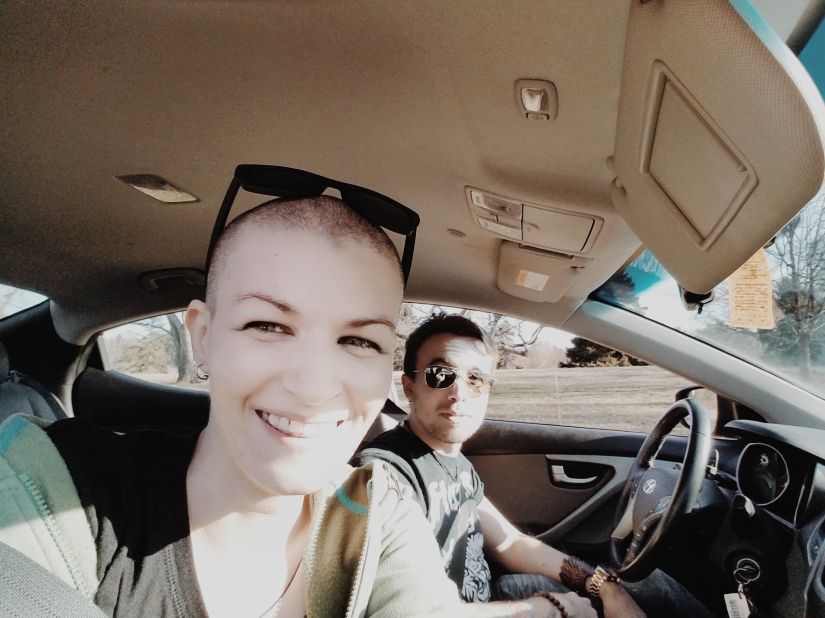 1 thought on “Sunlight and Early Flowers”