We’re at the halfway point between the winter solstice and the spring equinox, when things often paradoxically feel even colder and grayer than they did in the middle of winter. So why not have a holiday?

Celebrating Imbolc in a city doesn’t really have much of a resemblance to how it’s done traditionally, especially now. There is no lambing season here, and nobody’s gathering. There’s no well here to pray around, nowhere to offer coins or clooties.

I had a small ADF-style ritual, with a glass prep bowl for the well, a small cauldron for a hearth, and my cypress knee for a tree. I offered a bit of blackberry cobbler, fresh from the oven. to Brigid. I put on some Ani DiFranco and read aloud from Jarod K. Anderson’s Field Guide to the Haunted Forest.

When you were born, your enthusiasm was a red flame atop a mountain of fuel. As you age, the fuel burns low. No one warns you. Yet, with intention, you can learn to feed that warming fire long after the fuel you were born with is ash on the wind. Be kind to yourself. Learn this.

They say cut all the wood you think you will need for the night, then double it. Cut it during the daylight when fuel seems irrelevant. Dead limbs hanging low, sun-dried, hungry for fire. The night can be longer than we expect. The wind can be colder than we predict. The dark beneath the trees is absolute. Gather the fuel. Double it.

I’ve never been much for poetry — writing it, I mean. I recently read an article on creativity whose title I forget. (I was one of the ones that calls everything a “hack” and measures it in terms of boosting productivity.) It was mostly forgettable, but there was one bit that stood out: the idea of creating within limits.

Humans build at right angles. We have a sense of geometry, of corners, walls, inside, and outside. If we have rules to play within, we can create amazing things. Strangely, this gets harder when those limits are removed.

I know poetry has rules, I remember spending days on iambic pentameter, sonnets, and rhyming couplets in school. I remember cutting pieces of construction paper into diamonds, to enforce the structure of a diamante poem, lines meant to swell and taper from top, to middle, to bottom. I think I have a harder time with it, though.

Visual art is easy. I can grasp the limits of color mixing, knowing how to blend things so they don’t become muddy, to work wet-on-dry or wet-on-wet, to layer fat and lean. I can see the underpinning geometric shapes. It’s simpler to perceive. I don’t really get poetry the same way.

I cracked open a root beer and hallowed the waters of life. I asked the Kindred to bless and imbue it with their blessings and advice, so I might be able to internalize and benefit from it as much as possible.

It’s hard to really find the impetus to kick myself in the ass. To tip the scales and rebalance things. To tap into the confidence to keep from making excuses for myself. Hopefully this helps.

Imbolc was this past Saturday.

I celebrated alone, as I often do — as much as I like having other Pagans to share with, i still really enjoy the headspace of a solitary ritual. It can get much more improvisational. If it feels right to do a ritual in the alley next to the dumpster and pour out my nature offerings right where the birds can get them, I can do that. If I want to honor my ancestors by making and offering of some of the really awesome BBQ pizza I reheated from the night before, I can do that. If the spirits move me and I want to cover my floor in newspaper, smear my body with paint, and express myself by doing the worm across a piece of unstretched canvas, I can do that.

Not that I did, or anything. But I could!

Oddly, being able to get out and about more now has given me more of an appreciation for solo rituals. The difference between having to celebrate alone and choosing to do so is much bigger than I thought.

I don’t generally get much opportunity to decorate for the High Days. Kiko would eat whatever I put out, and Pye would throw it on the floor in a fit of pique if he thought his food bowl didn’t contain the right ratio of freeze dried bits to crunchy bits. I love my cats dearly, but they are kind of jerks. 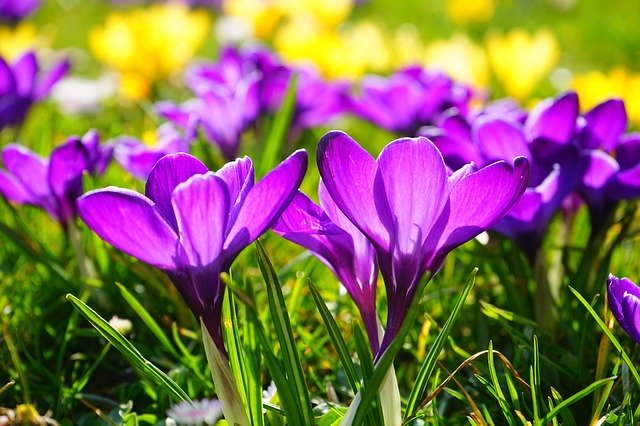 And so, I had a small Imbolc celebration sitting in the big, comfy chair in my living room, with my coffee table as an altar and a very fancy candle I choose specifically as an offering for Brigid. The Nature Spirits received mung beans, my Ancestors received candy, the Shining Ones received bourbon and incense, and the waters of life were the tail end of a bottle of very excellent cucumber, mint, and geranium lemonade. (I’m a sucker for cucumber and herbal flavors.)

It was peaceful. It was low-key. It was just what it needed to be, in a place where the pavement often keeps me from being able to see the first early flowers make an appearance, on a day when the overcast sky seemed to blanket everything in downy gray and the brightness of spring still feels far away.

She is well. Now a normal, healthy bb, other than that she will beg you for anything that goes near your face on the off chance that it *might* be food and becomes extremely floppy when she sleeps. She loves Pye to death, and he seems to be both baffled and very accepting of his new role as "non custodial fatherbuddyuncle."
Last night, we drove three hours round-trip to pick up this little nugget. She was found on the street on Halloween, sick and hungry, and taken in by some friends of ours. Vet appointment is Monday, so fingers crossed that she's able to make a full recovery. 💙💙💙 #catsofig #catsofinstagram #catsofinsta #cats #kittens #kitten #kittenlove #straycat #babycat #adoptdontshop
Bee butts, bee butts!
I found a yellow woolly bear in the lawn that's slated to be cut and smothered to make way for other (better) plants. I transferred them to a different plant a few days ago and hoped for the best, and it looks like it's working out. #caterpillar #bugs #butterfly #moth #nature #insects #naturelover #gardening #garden #flowers #plantsmakepeoplehappy #plantsofinstagram #plants
Pye has an obsession with paper. Six cozy places to sleep, but no. He will choose mail, trash, or projects that I'm *actively working on* every time.
Nah, it's fine. Make yourself comfy. I'll just... finish drawing later, I guess. 😮‍💨